Essentially I have a web page that displays an image excerpt from a document using drawimage(x,z,width,height). The user has the ability to draw a rectangle around any given line on the image by clicking the line. The image then has a rectangle drawn on it using rect(x,y,w,h).

Using the javascript magnifier the user can hover over the image to see a zoomed in version. However it does not show the rectangle drawn on to the image on the canvas.

Is it possible to draw both the rectangle and the image? currently this is the setup for the magnifier:

Later on there is code to actually move the background position. But I don’t see a way to show the rectangle that is drawn on top of the image, in the canvas, on the magnifier.

If you require more information about the code I’ve written let me know.

I’ve yet to test this to see if it works as I expect or even possible to draw two magnifiers on screen like I plan. I will be trying to test this today. In the meantime could someone let me know if this will work or if there is another better way? Thanks for any assistance in solving how to do this.

Research into my idea has discovered an interesting mechanic. If I put in c.parentElement.insertBefore(c,glass) Nothing changes. BUT if I put in c.parentElement.insertBefore(glass, c) the magnifier is drawn BEHIND THE CANVAS! Therefore I believe if I draw a canvas on top of my existing one, draw the rectangle on it. Then using that line I could theoretically sandwich the magnifier between the rectangle and the image which would then do the desired behaviour without needing to magnify multiple elements.

Visual aid: So this is what’s currently happening 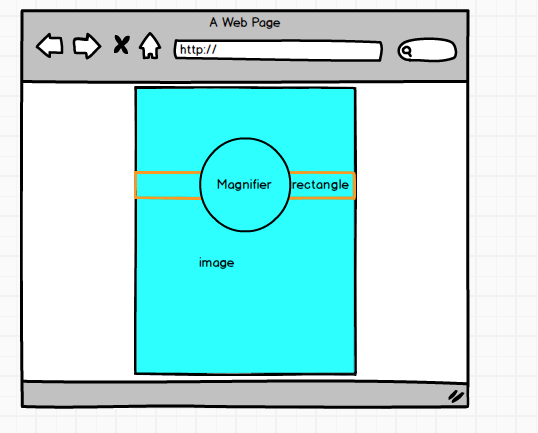 This is what I want 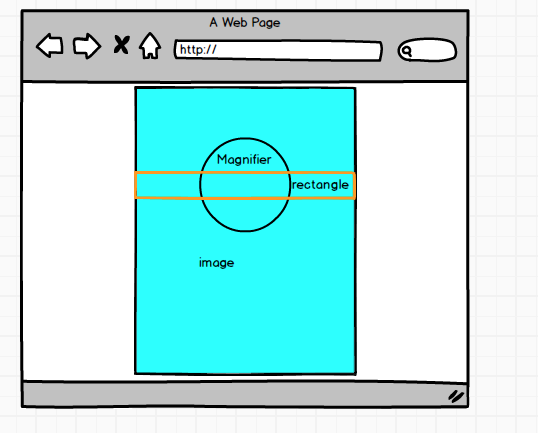 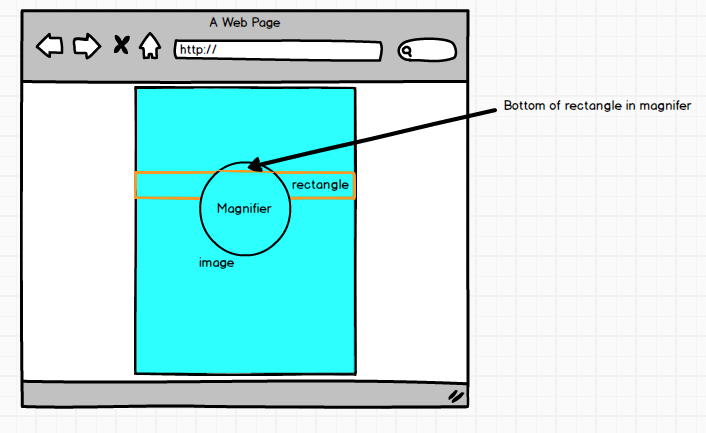 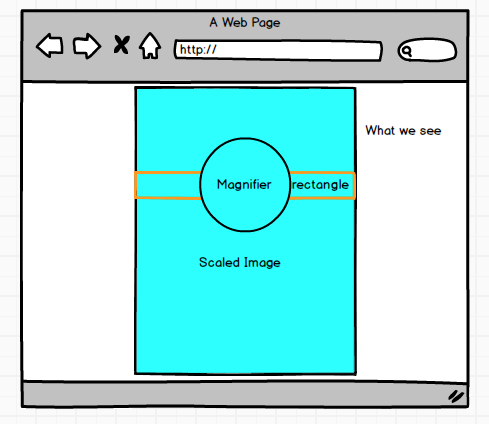 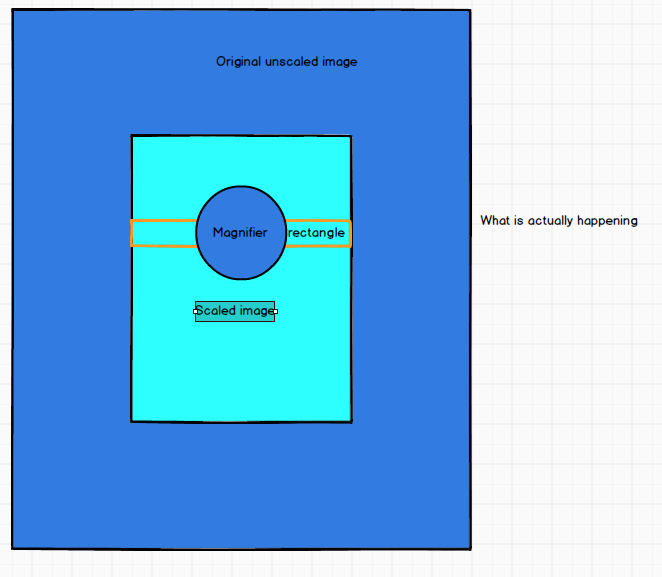 My fellow employees seem to believe it is possible to somehow draw a rectangle on to that unscaled image so that the magnifier picks it up. I don’t know if Javascript knows how to do that and I don’t know if magnifier can even render the changes if they were implemented

Finally I have solved it and this one was quite the task. To do it

This does introduce a long load time each time you want to change the rectangle location. But allows for the rectangle to become part of the image so the magnifier picks it up.

Here is the code (This was done in omnis studio if anything looks off from normal Javascript [Also there is a lot of code before this. But this is the solution so I’ll just show this bit]):

If anyone can find a way to do this without needing to constantly reload the image and cause a large amount of lag/wait time. Please let me know